I was recently interviewed by an ABC News affiliate in Florida. Based on my marketing expertise on marketing with stickers and decals newsman Adam Walser wanted to know if stickers and decals paid for by taxpayers and placed on squad cars, boats, motorcycles and other locations would make a difference in the upcoming election of Chad Chronister for Sheriff. You can read or view the news report from a link at the bottom of this Post. But, the answer I think is obvious – thousands of stickers equals millions of impressions. How can that type of exposure not make a difference? 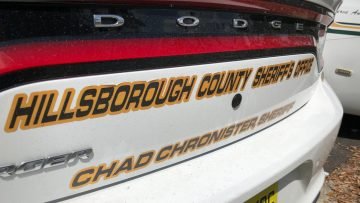 Of course, incumbency has its privileges. Name recognition in an election is essential and any exposure, whether stickers, news coverage, word of mouth, etc., contributes to that. Chronister won the election by over 130,000 votes. He also raised over $400,000 for his reelection. The custom decals placed on vehicles cost an estimated $15,000. So what contributed to the election win in what capacity is impossible to know. But, what I can say is there is absolutely no doubt that the $15,000 (which was not part of fundraising, but taxpayer money) spent on decals was well spent and an incredible value for keeping his name (and in some cases his face) in front of “millions of eyeballs.”

This story and technique is also an excellent example of the Place & Promote sticker distribution I discuss in my book, Stick This!. For sticker marketing and distribution all businesses should look first to placing promotional stickers on your own real estate and locations you can control.

Here’s the video of the ABC News report. You can also read the story here.

I’d love to hear other thoughts on this. Is it fair or right to use incumbency and tax payer dollars to stick your name in front of millions of people? And, on the non-political side, why wouldn’t every business use this low-cost marketing technique for millions of their own impressions?